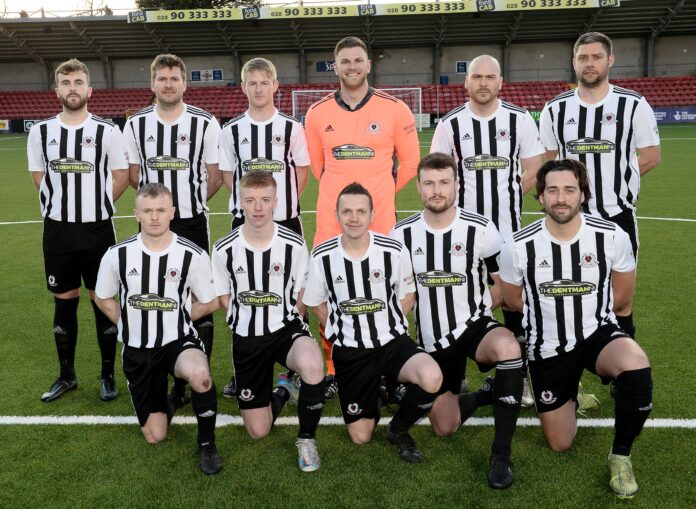 Bangor Young Men will make history on May Day when they play at Windsor Park.

The Bloomfield Playing Fields club will face Coalisland Athletic in the final of the Irish FA’s prestigious FonaCab Junior Cup. While the national stadium is usually reserved for international superstars and the Irish League’s top performers, Monday’s final (2pm) gives junior footballers the chance to play at Belfast’s biggest stadium.

The showpiece final is expected to attract a large crowd to the south Belfast venue, while the Irish FA plan to live stream the game on YouTube.

Bangor Young Men manager Danny Frazer said: “It’s a dream come true for all the lads. I was at the last Northern Ireland match, and I caught myself looking round the stands dreaming of what it will be like to play there. Most of us are big Northern Ireland fans, so playing at Windsor will make the final even more special.

“But we’re not going there just to enjoy the experience. We want to bring the trophy back to Bangor. Coalisland are a top team, but I believe we have what it takes to win the trophy.”

Coalisland boss David Magee has done his homework on the Bangor side.

He said: “I was down at the other semi-final at Solitude and I have a friend who lives in Bangor as well. He has been to their last couple of league games.

“They’re a big strong team, physical with two big men up top. I know quite a bit about them. I have notes galore. I’m sure they have done the same on us as well.

“A lot of our boys are GAA players and they have played in front of big crowds. That side of things has no worries for me. Maybe the occasion of being there might affect them with nerves and stuff but if you didn’t have some nerves then something would be wrong.”

Monday afternoon’s game is the first part of a double-header of cup finals for the Young Men. On Thursday 5 May, Frazer’s team play Willowbank at Park Way on Comber in the final of the Amateur League’s Cochrane Corry Cup, with kick-off at 7pm.

If the Bangor side can record a cup double, it will register as one of the greatest-ever achievements by a junior club from the North Down area.