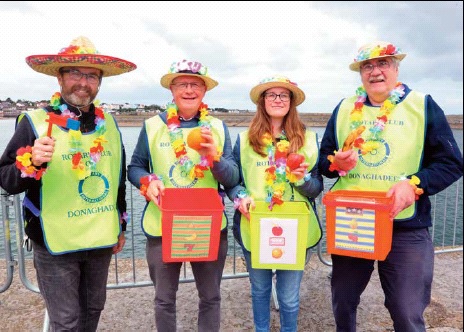 THE centenary of the formation of the Royal Ulster Constabulary was marked at a special event in Newtownards on Friday evening. Over 100 former officers took part in the commemorative event which was hosted by Ards and North Down Council and the Royal Ulster Constabulary George Cross Foundation, during which an RUC station crest was unveiled.
Before events in Conway Square got underway, an act of remembrance took place at Court Square before a parade of the former RUC officers took place, led by the PSNI pipe band. Just before the arrival of the parade, the PSNI ladies choir entertained the crowd.