Meet Thelma and Louise, the dynamic duo who founded the North Down and Ards Scrubs for the NHS sewing group.

Thelma Morrow and Louise Wallace have been working alongside over 320 volunteers over the last eight weeks making scrubs for frontline staff working in hospitals and in care homes.

They have been left ‘overwhelmed’ by both the generosity of the public and the selflessness of the volunteers, who have helped send out over 1,900 sets of scrubs.

Talking about the origin of the group, Carrowdore woman Louise, explained how her Newtownards counterpart was a stitcher and had been inspired to get something running in the local area after seeing posts on social media by NI Scrubs.

Unable to sew, Louise wanted to help her friend out and she soon found herself using other skills to help Thelma set up the local group.

“Long story short, she does the stitching side of things and knows about sewing machines and all of that, and I’m a good co-ordinator, administrator and book-keeper. So we decided to start up a wee group and thought there would be a just couple of members,” she explained.

With an explosion of volunteers hoping to rise to the challenge, Louise split the volunteers into groups of 30 teams, to help with the coordination of the scrubs.

“It was too much for Thelma and I to be liaising directly with every individual, but we had great help and advice from councillor Ray McKimm, who suggested we split down the teams and have a team leader who would be in contact with us,” Louise added.

Each team consists of cutters, stitchers, drivers and a team leader, all working together to help keyworkers.

Finished scrubs are sent to a hub in Carrowdore, where orders are then fulfilled by Louise, who receives orders through Google forms.

The finished orders are then either collected at the hub in Carrowdore or sent out by the delivery drivers or the local Volunteer Bike Group.

Now firmly established, a number of drop-off points can be found across the borough for people to drop off old bed linen and for seamstresses and cutters to collect their next project.

Louise joked that with the abundance of bed linen donations, people now had empty hot presses, and so the group is now using donations to purchase rolls of fabric for scrubs.

She said there are more people working on the initiative than those sewing the scrubs including recycling companies, database designers, sign designers and graphic designers.

“That meant our cutters didn’t have to stick together those pages as the plotters print it out on one continuous roll.

“There are so many people thinking outside the box, asking ‘what can we do?’”

With so many scrubs already donated, Thelma and Louise told their sewers they could take a break, but with many of them using the initiative as a way of keeping active and ensuring good mental health, they have carried on.

While the dynamic duo has been overwhelmed with donations and volunteers, they have asked that anybody able to donate a waterproof gazebo which would be suitable for weather changes, to get in contact.

“We have one gazebo that was given to us which sits in my front garden, which is the hub. For social distancing I have a table out there and I put all the deliveries and collections out on the table. But over the last few days, with the weather being bad, I’ve had to bring the stuff in and out,” she said, adding that the funds gathered on the funding page were used only for fabric and sewing supplies.

To find out more about becoming a volunteer or to find your nearest drop-off point, search for North Down and Ards Scrubs for NHS on Facebook.

To make a donation to the group, search: https://uk.gofundme.com/f/2juv8c-scrubs-for-nhs. 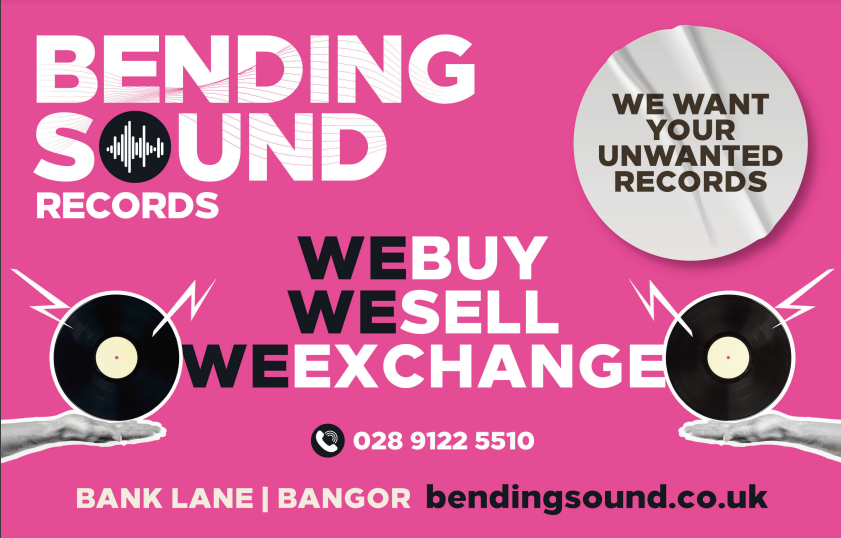